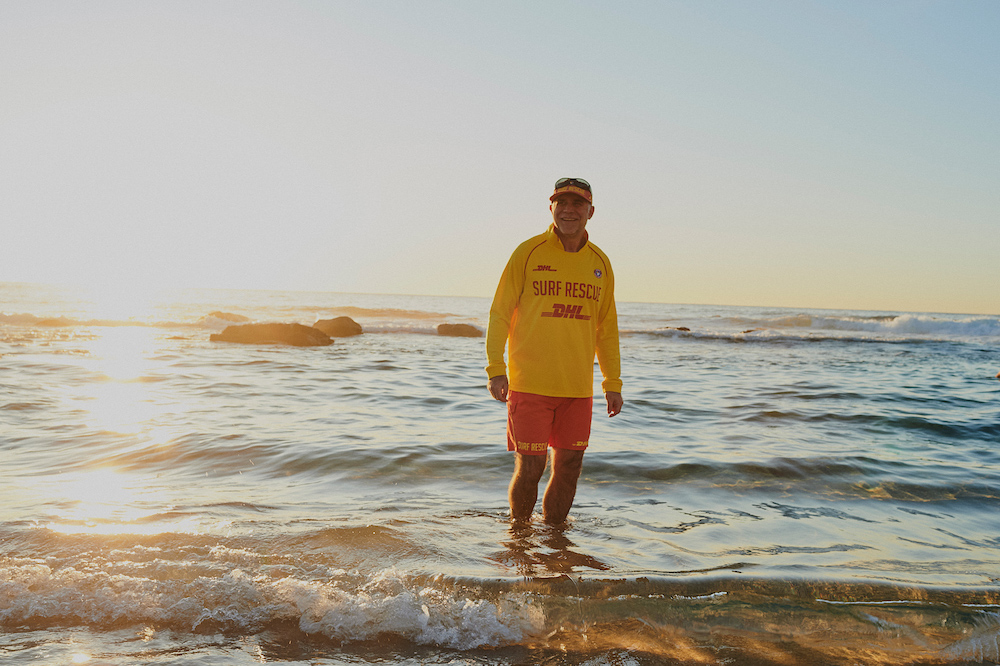 Patroller of the year is a special award that is akin in parts to Clubman of the Year, as it recognises an  individual’s exemplary qualities and actions that have been regularly noted by the Patroller’s peers. Like Clubman, Patroller of the year gets your name up on the board however it focuses more specifically on recognising members who have continually excelled during Patrol and Lifesaving Operations.

Qualities such as vigilance, application of skill, knowledge, leadership and selfless duty of care whilst in the service of others encompass parts of this award as does having a robust questioning sense of humour which brings a smile to others during a difficult day. Despite being a quiet achiever (your mileage may vary, ask Phil or anyone on the other end of a radio), Bill De Araujo demonstrates all of these admirable qualities in passionate spades. His calm management of the beach and diligent interaction with multiple assets and agencies during parallel incidents this season is a testament to his strength of character and duty of care. On one particularly challenging patrol day this season Bill managed concurrent incidents and communicated with multiple emergency service personnel with the confidence and calm authority of a seasoned professional. Patroller of the year is a hotly contested award and Bill is a most worthy recipient.

Over the last 10 seasons Bill has diligently patrolled Bronte Beach, logging up over 490 Red and Yellow voluntary patrol hours between the flags. As a jack of all trades, Bill is often found fulfilling the multi skilled role of Patroller, VC, stand in PC, mentor and an honest mate to many. Beyond the flags, Bill is still remembered for his key starring role as part of the Phil and Bill Bronze Medallion show where he excelled as a trainer not only at the beach, but also the classroom and associated surf club bar which he still manages to run a master class at today.

It would be remiss to not mention the year on year efforts Bill puts in to setting up and managing both the Radio Operations room and wider communications during the annual Bondi 2 Bronte. His clear concise pre event briefings, detailed logging of calls and management of issues before they become incidents across multiple radio channels has ensured this massive aquatic event has evolved to become the gold standard for safety and smooth swimming. Of equal importance, Bills pre and post event PASSIONATE briefing and follow up has ensured over the years that no (ok minimal ;-) expensive radios or headsets lives were lost or unaccounted for during his watch as he is always on Patrol.